The Cobblestones are a band from Western Maine playing a variety of songs from artists such as Mary Chapin Carpenter, Natalie Merchant, Mellencamp, CCR, Fleetwood Mac, Bonnie Raitt and many more.  You'll recognize many songs but you won't hear the same songs that other bands play.  In addition to hits old and new, you'll hear beautiful songs that are little known classics and we'll introduce you to some of today's most talented songwriters.  Band members are Carolyn Plourde (lead vocals), Michael Plourde (vocals, guitar), Danielle Tran (keyboards,harmony vocals) , Mark Plourde (drums) and Steve Moore (bass, vocals ). We specialize in great songs featuring passionate vocals, guitars and tight harmonies. Have you all seen and heard our new bass player?...Steve Moore is a talented guitarist, bass player and vocalist He's the whole package and we are thrilled to have him with us. Steve joined in 2020, and you can also find him playing solo as a guitarist  throughout the area. He sounds like Petty, Dylan and most importantly, himself!...please come up and say hello to Steve and tell him what a great addition he is to our band. And please don't tell him he looks like Steven King!

Want to dance all night long?

Original Music - "Not That Girl"

The Cobblestones first original "Not That Girl" written by Carolyn and Mike.. We hope to share more originals in  2018. This is a live performance at The Crooked Hook Tavern In Mechanic Falls, Maine. Enjoy! 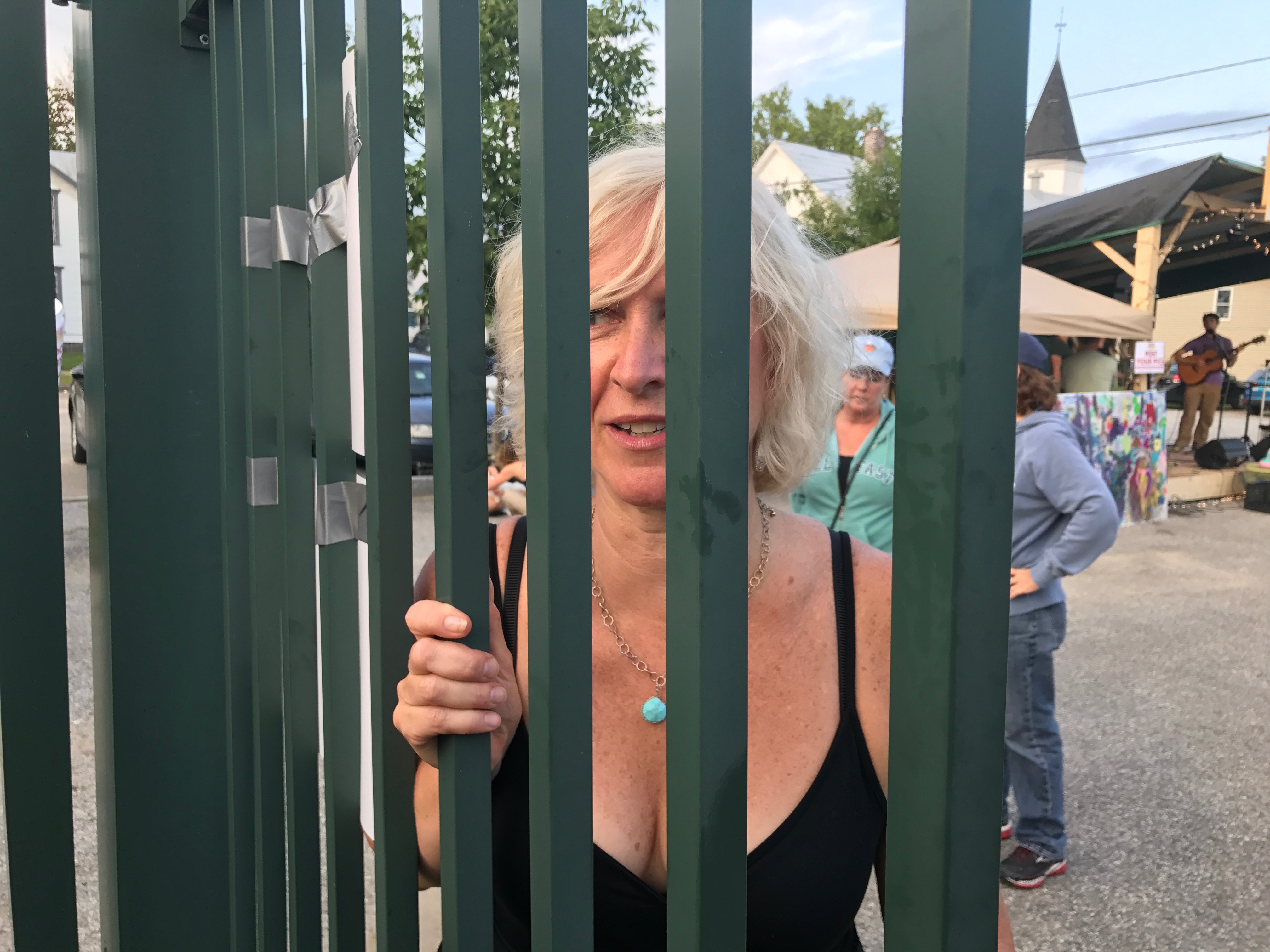 What a summer it's been...we are preparing to say goodbye to windows open, soft breezes and outdoor venues...our last summer outdoor events were blessed by beautiful weather. But we won't mourn the changing of the season...Fall and Winter hold new adventures for us and new venues to explore. Goodbye summer, see you in 2018!..here is Carolyn at The Foothills Food festival. It's not what it looks like!

After a long, difficult winter of schlepping equipment and gear through snow-covered streets to get to gigs in Maine, we are appreciating every minute of warm, sunny days and cool, star-filled nights. These are the summers we Mainers dream of all winter. We have exchanged dark, chilly venues for warm gazebos and two-hundred year old barns. We have been sharing our music with folks throughout the region including Andover, South Paris, Norway, Gorham and Hallowell. What a treat it's been! If you haven't made it to one of our shows, there are still a few left before the leaves change. Check out the events page or see below to catch us in your area. If you are a newbie, please come up during a break, introduce yourself and tell us where you are from. That's one of the best things about being musicians; meeting new people from all over the world. 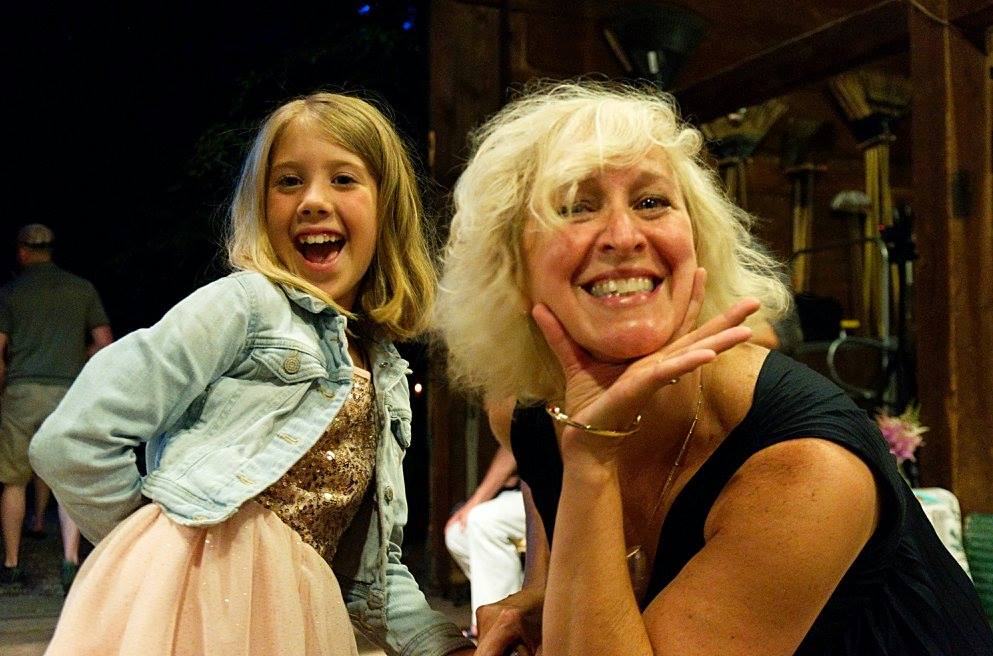 This summer we had the privilege of welcoming an up-and-coming singer to the "stage". We played at McLaughlin Garden's annual Garden Illuminated event and were lucky to have Miss Fern make her debut as a singer. She sang "Lost Boys" accompanied by Danielle in front of a large audience and she did it with such grace! She sang like a pro and wowed everyone. We look forward to having her join us again in the future. See her smiling face with Carolyn after her debut. What joy!

We have a busy Fall and Winter planned...check in every now and then for updates. 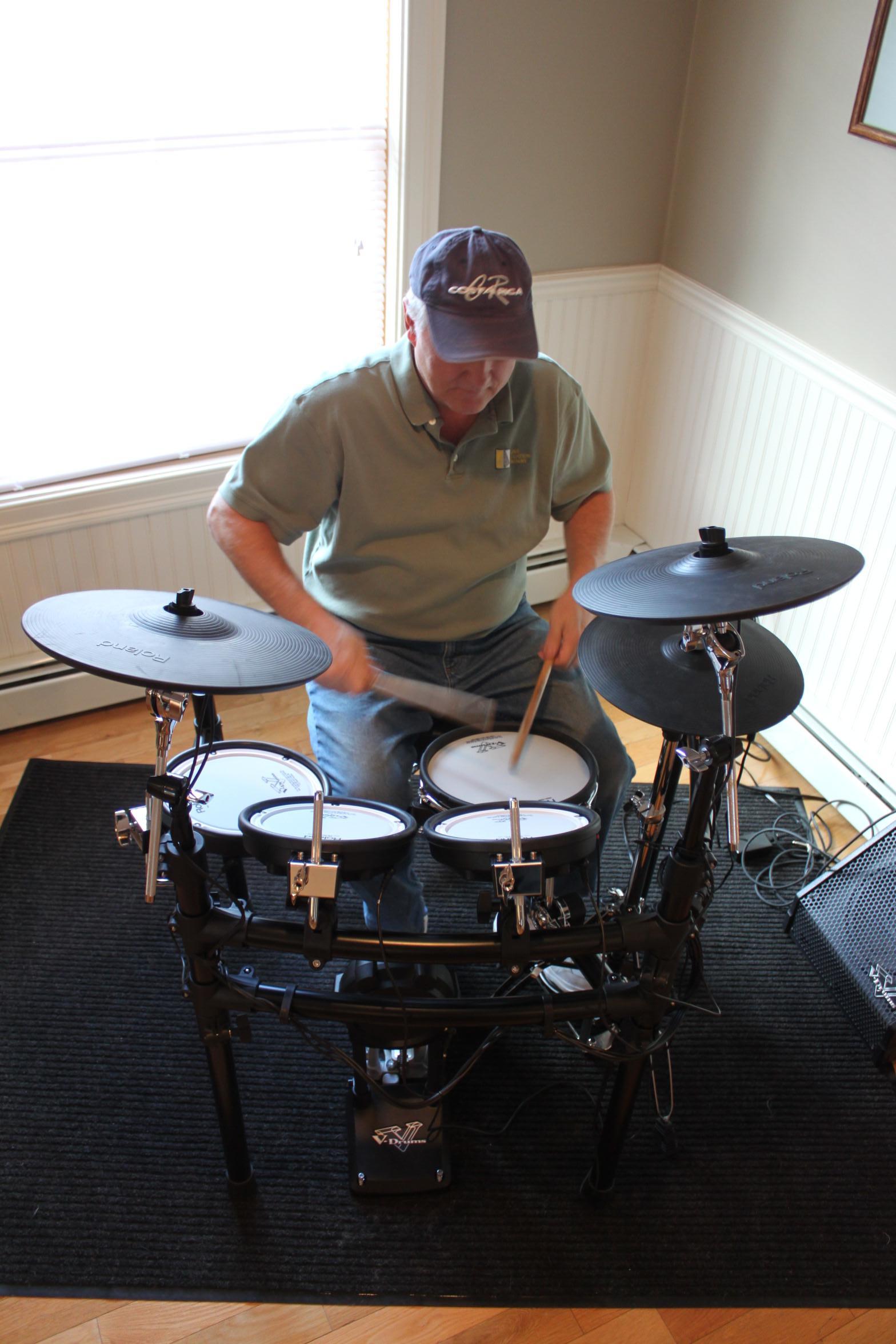 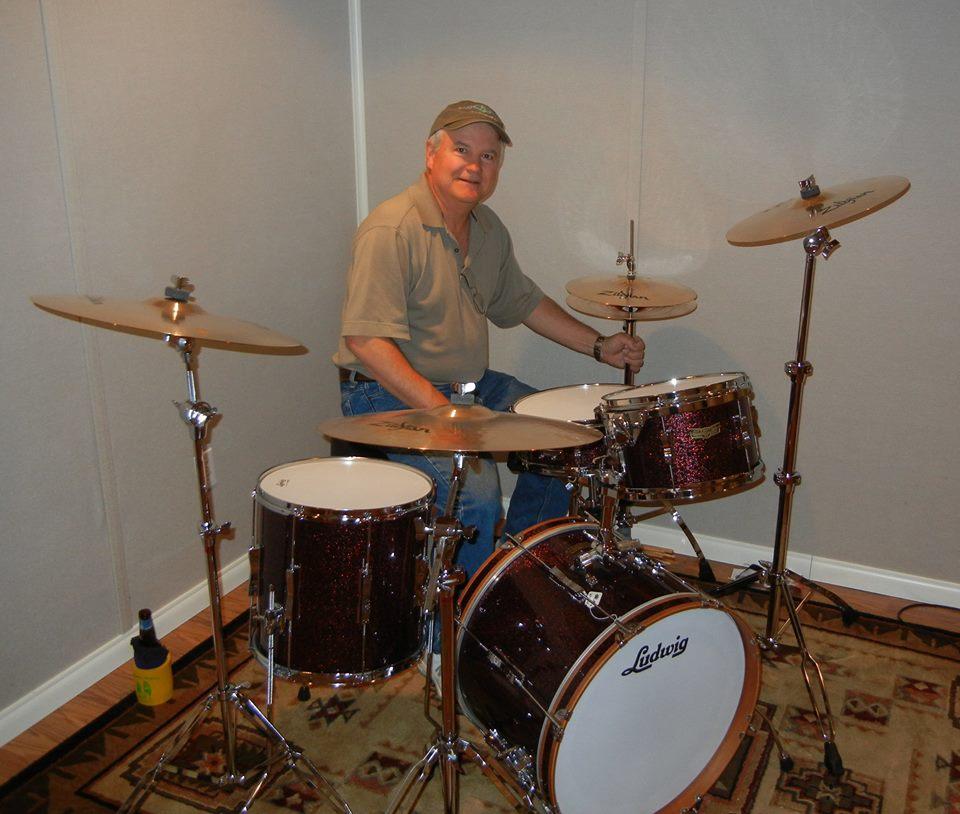 Happy New Year Folks! You may have noticed the newest addition to The Cobblestone Family. If you've been to a show or two over the past few months you will see that Mark Plourde has graciously joined us on percussion. Mark and Mike are brothers and have been playing together on and off since they were cool teenagers gracing the stages of Northern Maine. Mark is a talented  musician who brings so much to our music. He is a cool, laid-back guy who brings a renewed enthusiasm for music that is contagious....please say hello and welcome him when you next come to see us play. We are thrilled to have him!

The Cobblestones will be playing at Tucker's Pub in Norway on Saturday, September 24 from 8-11pm. Why are we excited about this opportunity? Because Mike and Carolyn first met at the open mic at Tucker's Pub in 2014, each performing either solo (Mike) or with another group (Carolyn). This is where we got our start and we feel so fortunate that we had this opportunity to interact with other musicians who share the same passion for music. 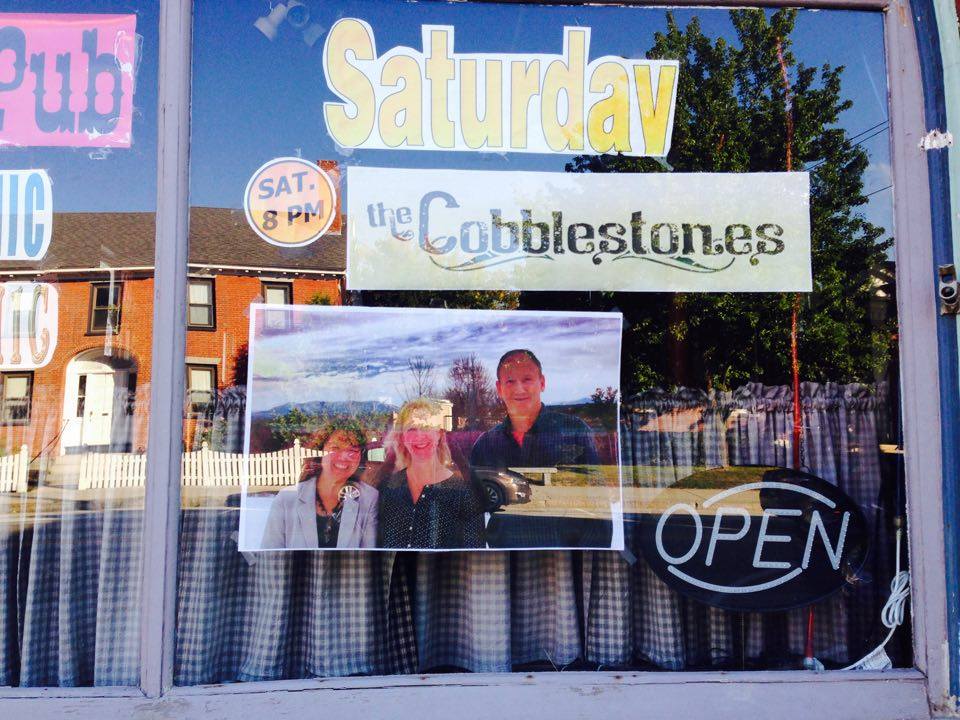 Danielle and Carolyn played at Tucker's a few times over the years as a duet. We are returning as a solid group with a polished set list and sound that we have worked hard to perfect. We are bringing new members to round out the group. Ken Lloyd on bass and Mark Plourde on percussion. How cool is this? We have come full circle and are thrilled to have the chance to play at Tucker's as a group and to say thank you for allowing us to find each other. Fate or luck? You decide! 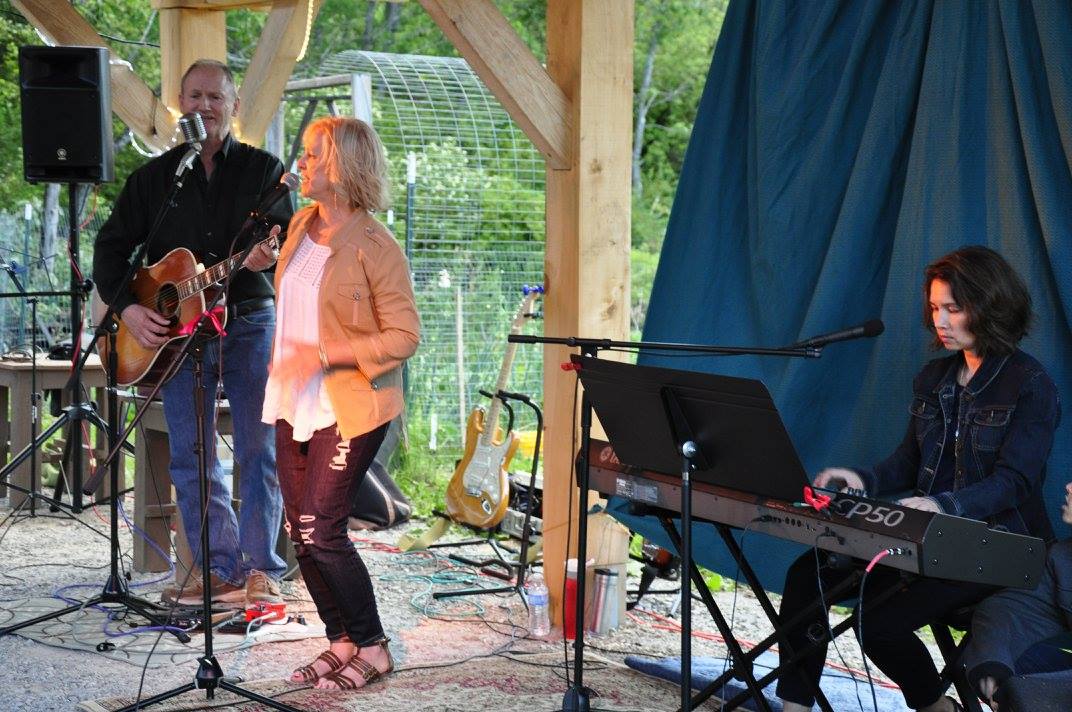 We are off to a great start this summer with several shows under our belts including the Boxberry School Silent Auction at Camp Fernwood Cove and, most recently, The Alan Day Community Garden annual summer show this past weekend. We had a wonderful audience at both venues and the weather cooperated to its fullest capacity. We have featured several new songs and are continuing to expand our set list, so you will never hear the same show twice. We are so grateful for the warm reception we have received at each show and love that our fan base continues to grow..The next show of the McLaughlin Garden "Garden Illuminated" event on July 16th which features hundreds of lights illuminating the garden. We will be playing in the historic barn which never fails to look truly elegant with all the lights. We will have CDs available and are also thrilled at the number of CDs we have sold within the community. Your support is greatly appreciated. We are very busy in August and already lining up shows for the Fall and Winter. We like to be busy!

Our CD is FINALLY done! 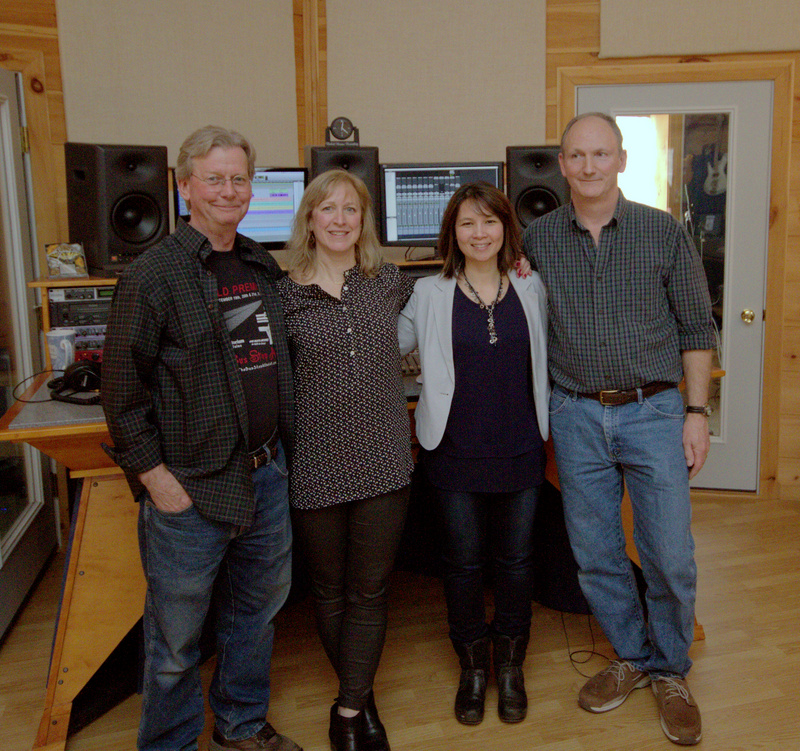 Summer is finally here and we couldn't be happier. The only downside is that instead of worrying about getting to gigs in snowstorms, we now have to worry about outdoor venues that may be affected by rain...Aahh, the life of a musician in Maine!
The Cobblestones are pleased to announce that their first CD is finally done and is available as a download on this site or as an actual CD for the more traditional folks. The songs can be purchased individually after previewing , or feel free to be brave and download all of them. We have a free, bonus song for everyone to say "thank you" for your support. Our families have been listening to us for months as we have worked hard to finish the CD and they couldn't be happier, either!...Thanks to Holly, Paul and Carl.
If you would like an actual CD, please leave us a message and we will make that happen for you!
We have several shows lined up for the summer and we would love to see you at any or all of them. Stay safe and wear sunscreen please! 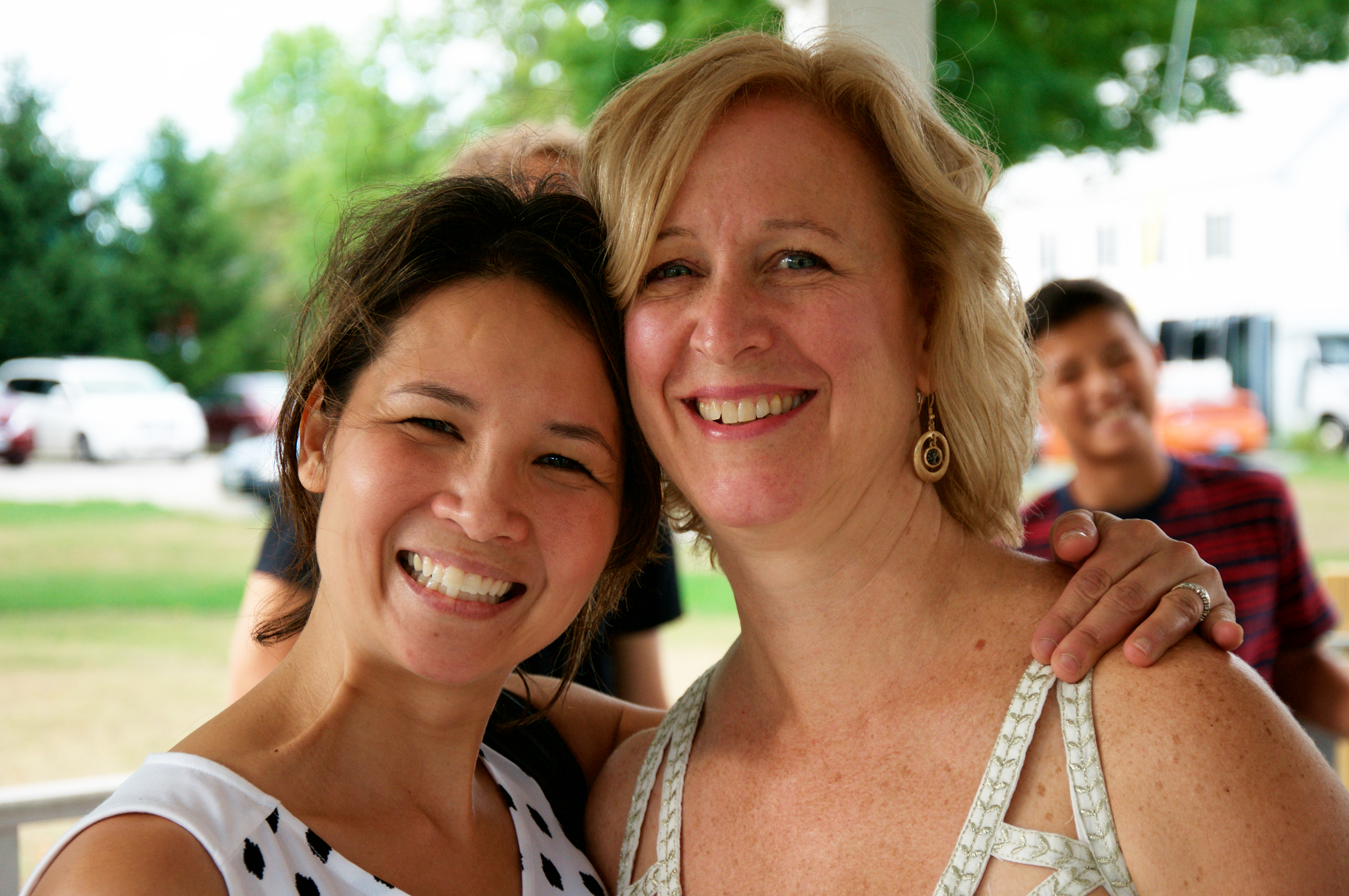 Happy Spring everyone!..We are shedding our winter clothes and winter attitudes and looking ahead to some great Spring and Summer music. We have been adding new songs and new artists to our repertoire and are practicing like crazy so we can make you smile, sing along and dance at one of our upcoming events. Next on the agenda is The Boxberry School Silent Auction at Camp Fernwood Cove in Harrison, Maine. This is a fundraiser for a wonderful, independent school and we feel privileged to be invited to provide the music for the evening. Food, wine, music and great items to bid on...and all at a beautiful Maine camp...what more could you ask for? Danielle Tran will be joining us on piano and harmony vocals..We will throw some three part harmony out there, so don't miss it!

We have booked our first show in Portland area. Andy's Old Port Pub will host us on August 21 (6:30-9:30). We need some support from you as we play our first show in the "big city". Don't leave us hanging with a barren venue and an empty tip jar!

We will be releasing our CD very soon and making it available to anyone who wants to listen to us more than once every two months (our families are obligated to purchase one)! We will update as soon as it is ready. 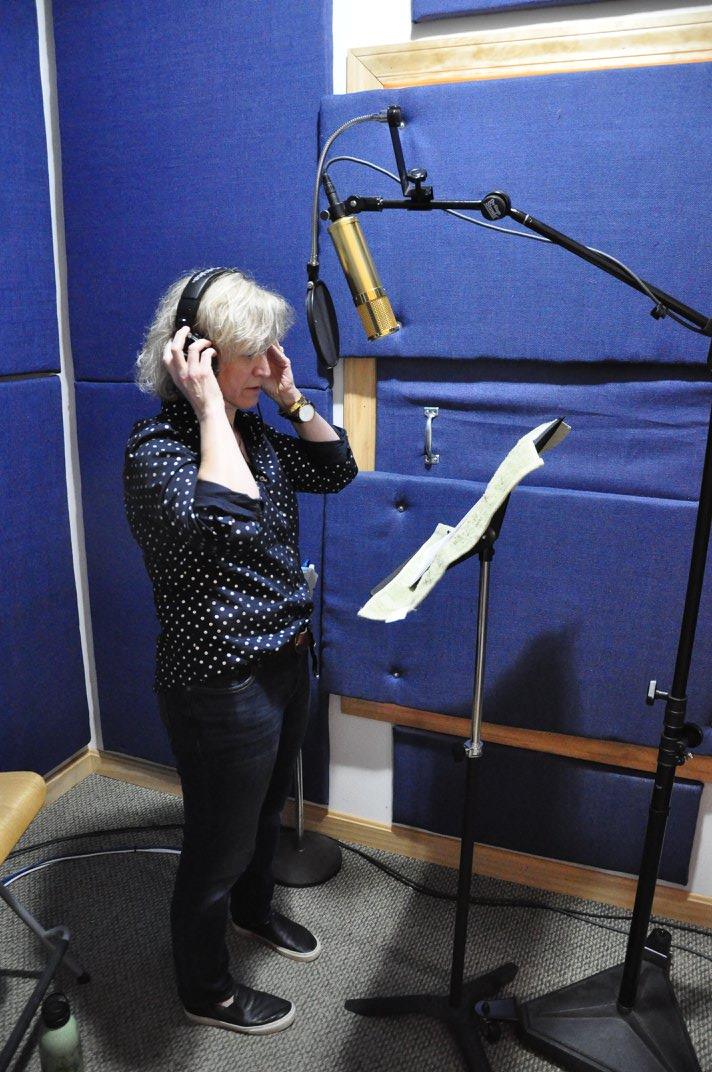 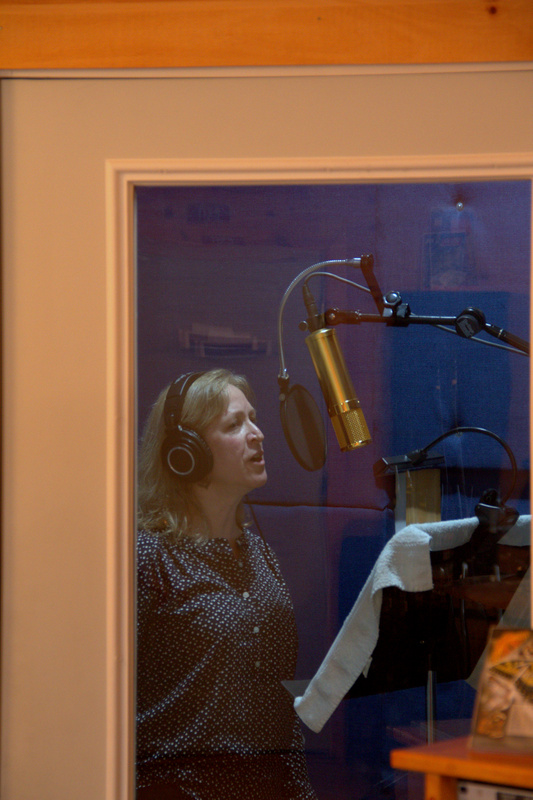 We have posted the first of several songs recorded at Baked Beans Recording Studio in Harrison, Maine. It is  entitled "Moon and St Christopher"  and was written by Mary Chapin Carpenter. We invite you to click on our "music" section and have a listen..We hope you enjoy it as much as we enjoyed recording it for you....More to come over the next few weeks. 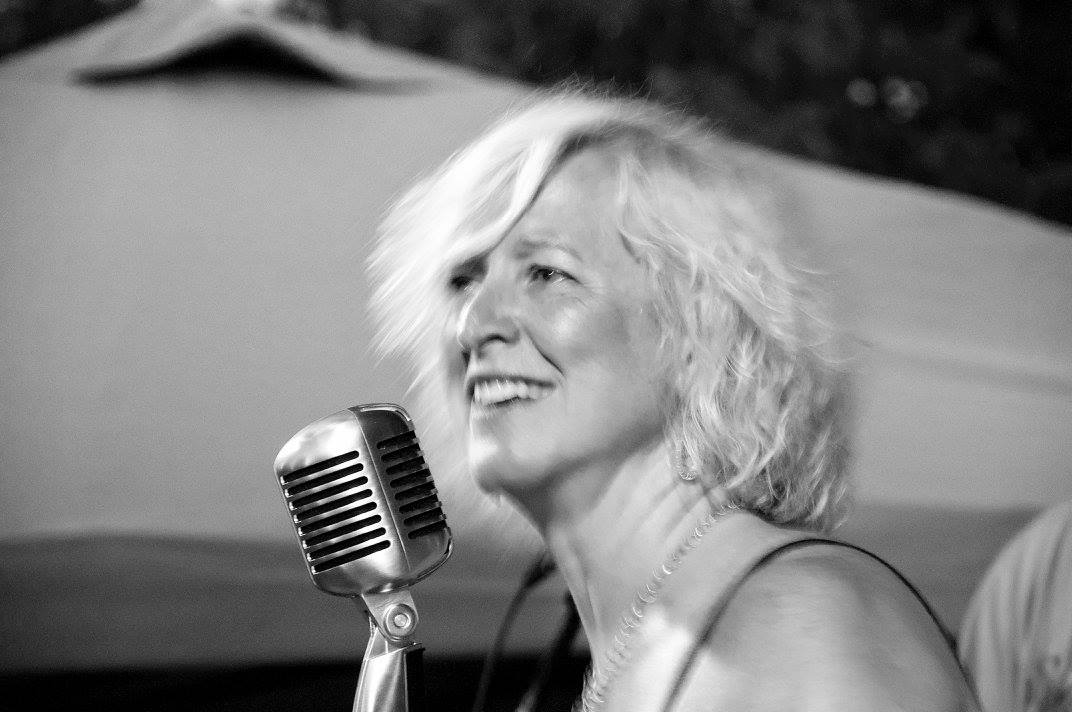 We are gearing up for a busy summer with new music and several new venues. Check out some of our upcoming events and take a break from your busy summer to hear some great music!.....We are close to releasing six songs recorded in the studio so you can hear what we sound like when a professional mixes our music. Thanks in advance to Alan Bean at Baked Beans Studio.

What kind of music do The Cobblestones play?

We play quite a variety.  Below is a list of some of our songs.